Co-founder of Hawaii-based production company Larkin Pictures, Zoe has written and produced four award-winning films. She made her directorial debut in 2018 with the narrative feature film Stoke. She is also the co-founder and Executive Director of the Made in Hawai’i Film Festival.

This award-winning road trip drama premiered at the Hawaii International Film Festival and took home the Best Women in Film Award from the Austin Indie Fest. The film follows an entitled tourist who hires two wannabe tour guides to take her to an active volcano. 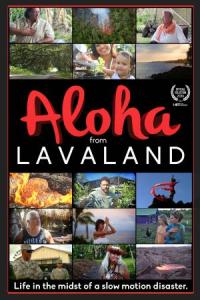 Aloha From Lavaland follows a small Hawaiian community during a period in 2014 when their main town road was threatened by an approaching lava flow. The 55 minute documentary premiered in 2016, has played across the country and internationally, and is a featured selection on all Hawaiian Airline flights.

The Bone of a Whale

This 12 minute short film follows the lives of two beach drifters after the discovery of a mysterious whale bone. The film premiered at the Hawaii International Film Festival in 2016 and took home a Honolulu Short Film Award. For more information, visit www.LarkinPictures.com.